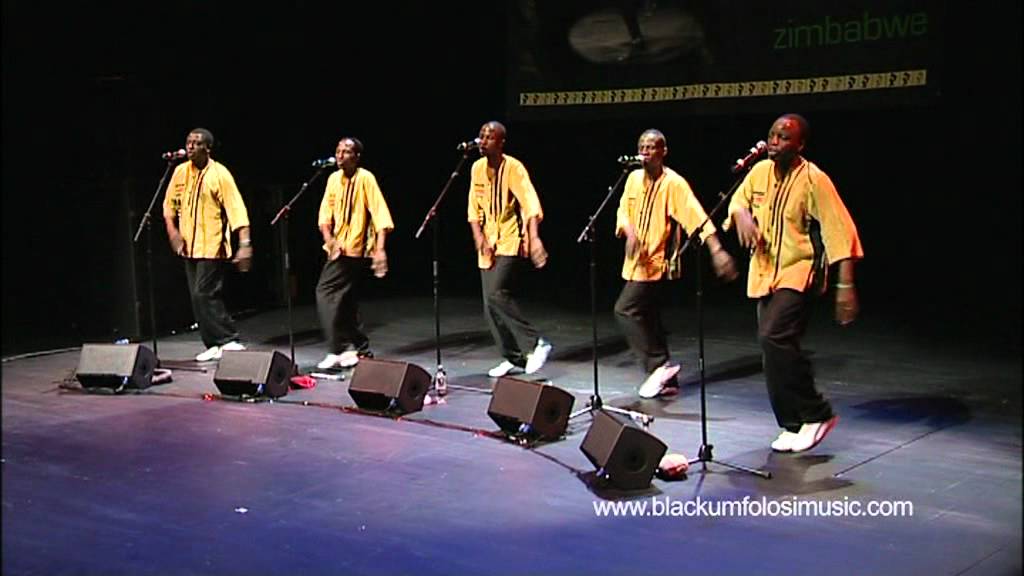 The lucky audience, who managed to get hold of tickets for the recent Centre Stage Arts Event at the Village Hall, were completely mesmerized by the 5 men from Zimbabwe with their beautiful, energetic performance of a cappella song and dance. You could have heard a pin drop throughout the evening, apart from during the songs requiring audience participation. Most of the songs were sung in local dialect or Zulu and their obvious passion for their community shone through the whole performance. After a standing ovation they were finally allowed to leave the stage and enjoy a meal prepared by the Village Hall Committee.

Black Umfolosi formed nearly 30 years ago when they were at school in their home town of Bulawayo. They now tour all over the world raising vital funds for causes close to their hearts where they live. If you missed this performance you may be fortunate enough to catch them during their tour across the UK that goes on until November – it will be worth it as they really are amazing.

A very brave member of the audience, Amy Vallis, was persuaded on stage to join in one of the dances and she put on a very creditable performance – an experience she won’t forget in a hurry!