Those Magnificent Men – The Foundry Group 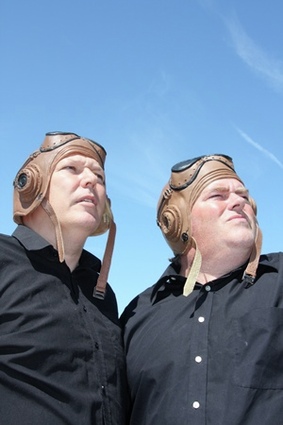 This nail-biting, side-splitting true story of Alcock and Brown and the first ever non-stop transatlantic flight – took to the skies at Leicester Comedy Festival with full houses, appreciative audiences and glowing reviews, It’s a very funny, hands on hips, chin jutting out into the sunset look at old fashioned British heroism and epic boys’ own daring do in the face of insurmountable odds and near certain death.

‘An up, up and away fringe hit! Spiffing perfection.’ – The Daily Telegraph